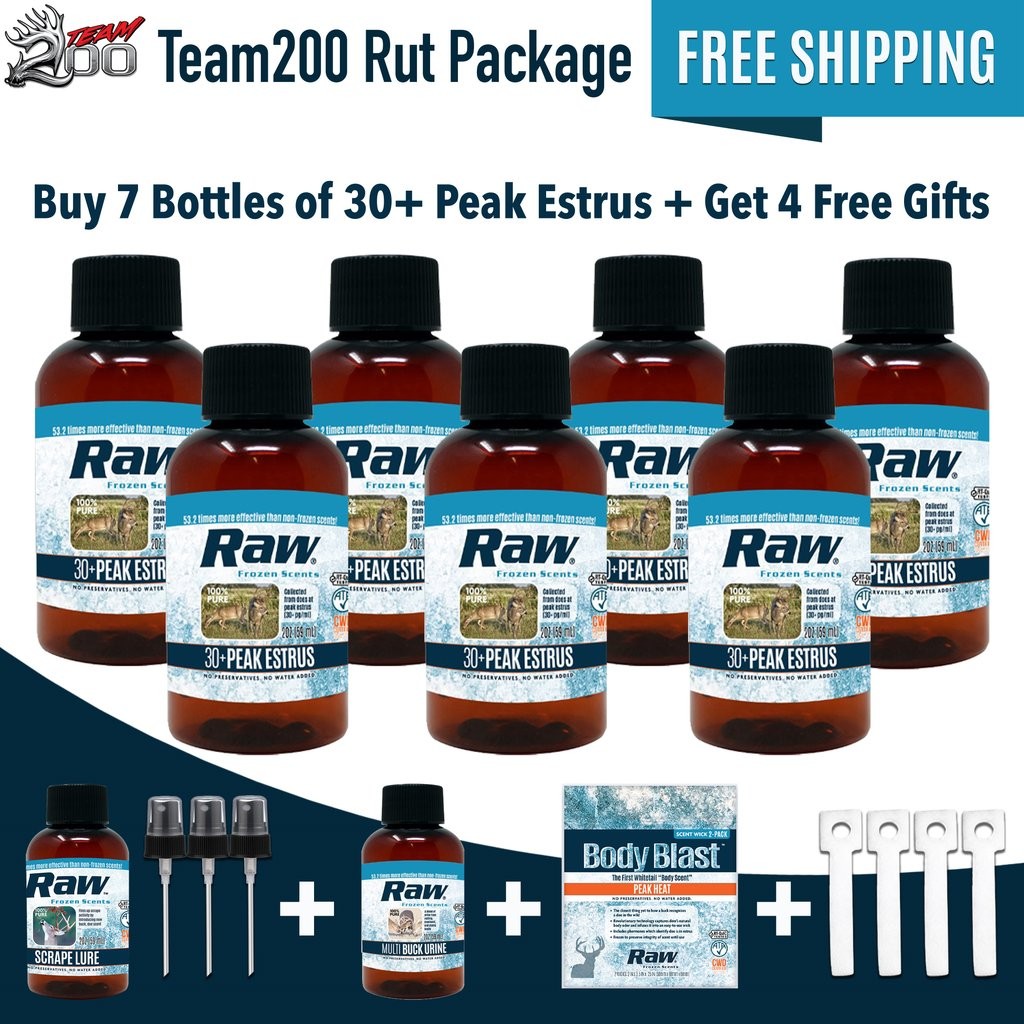 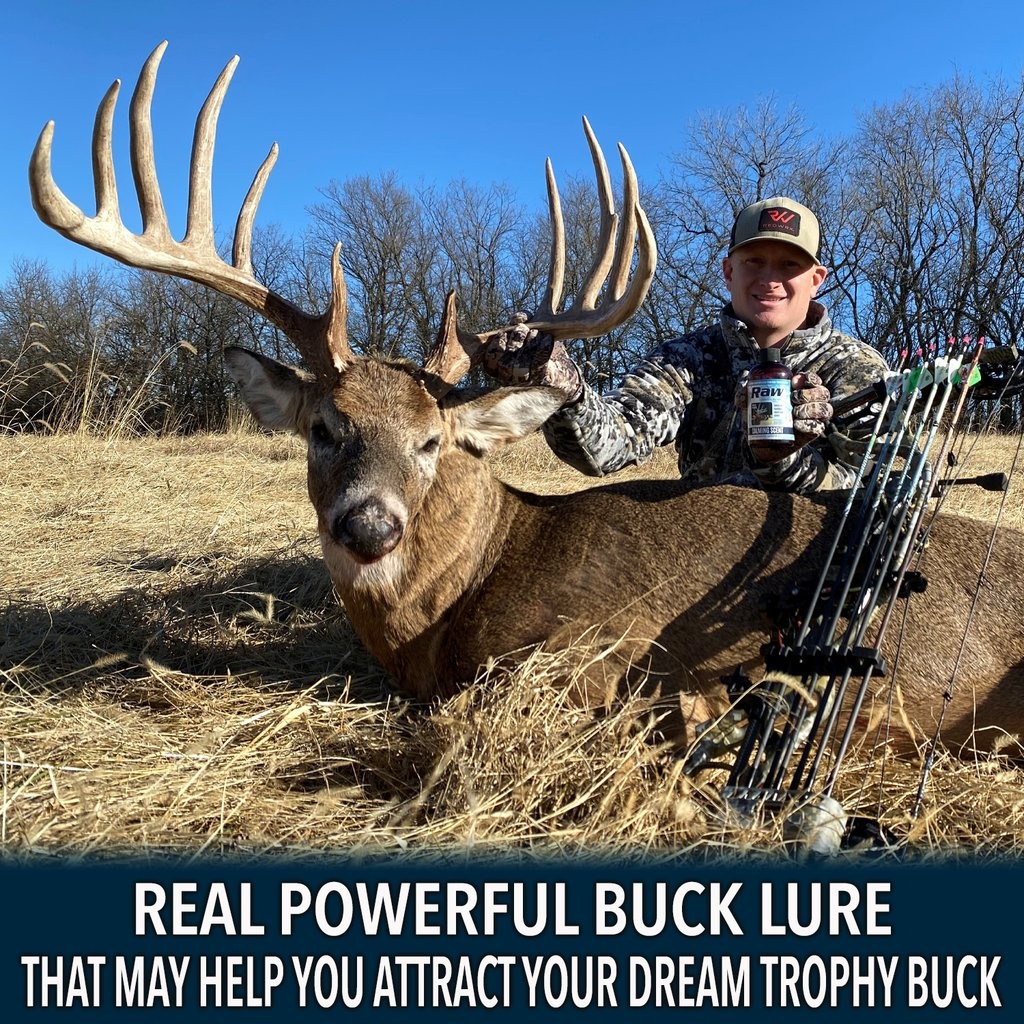 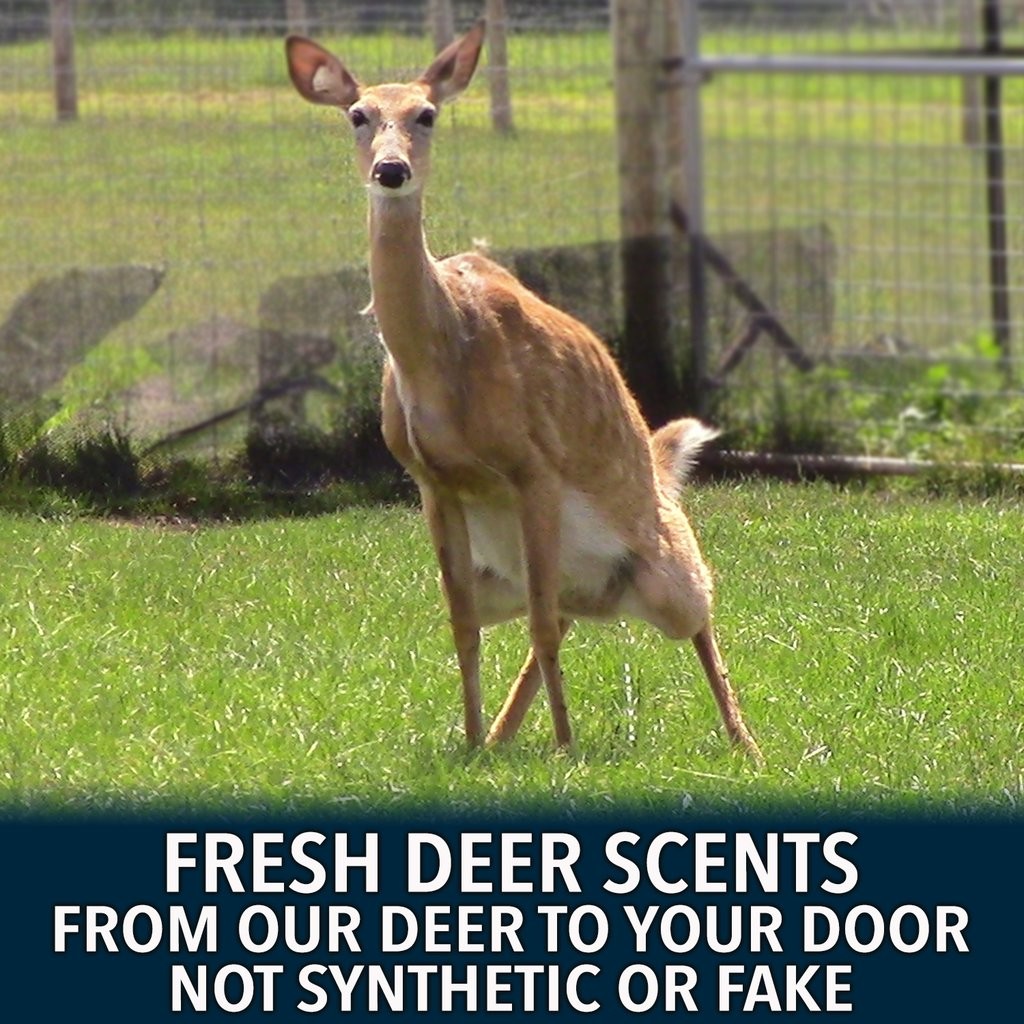 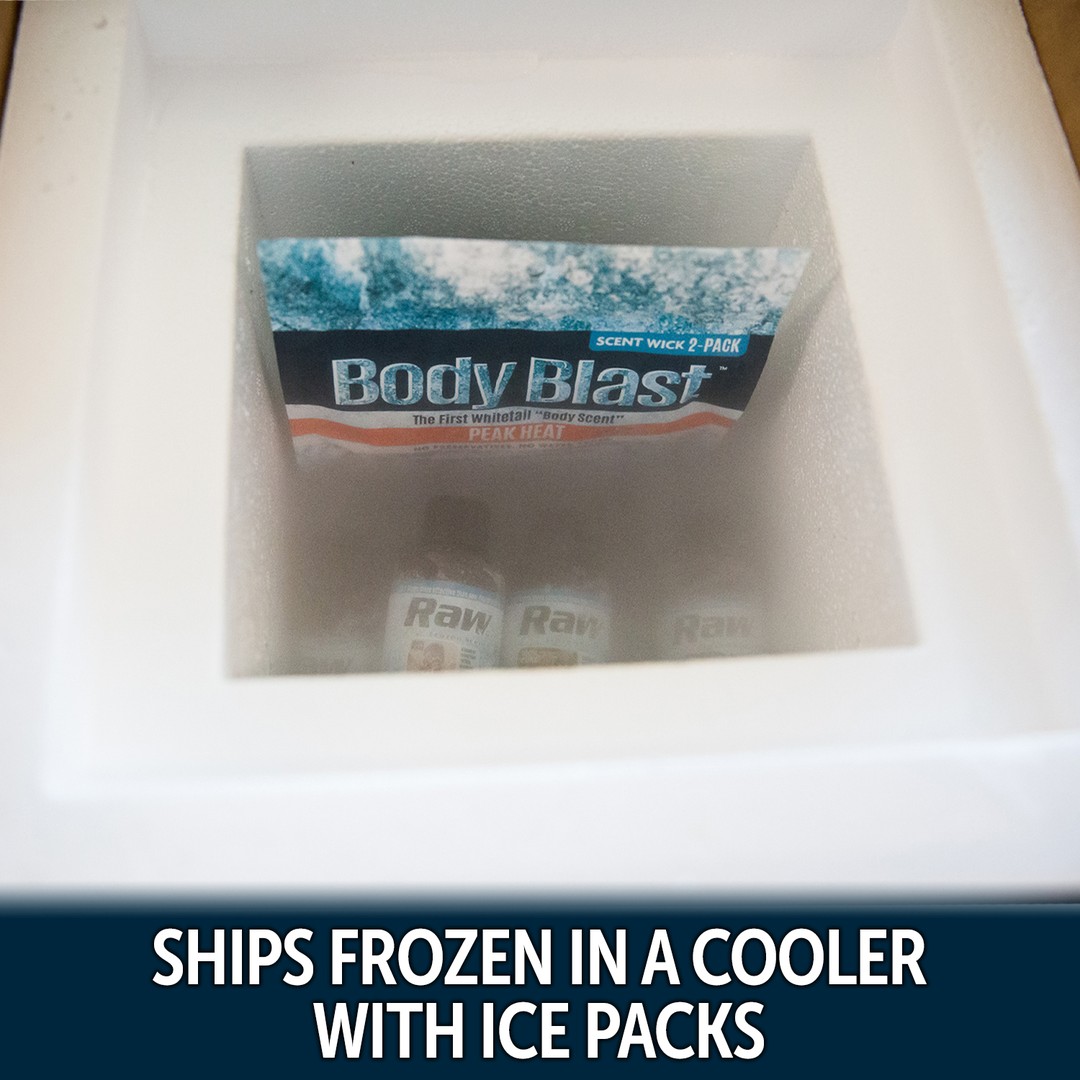 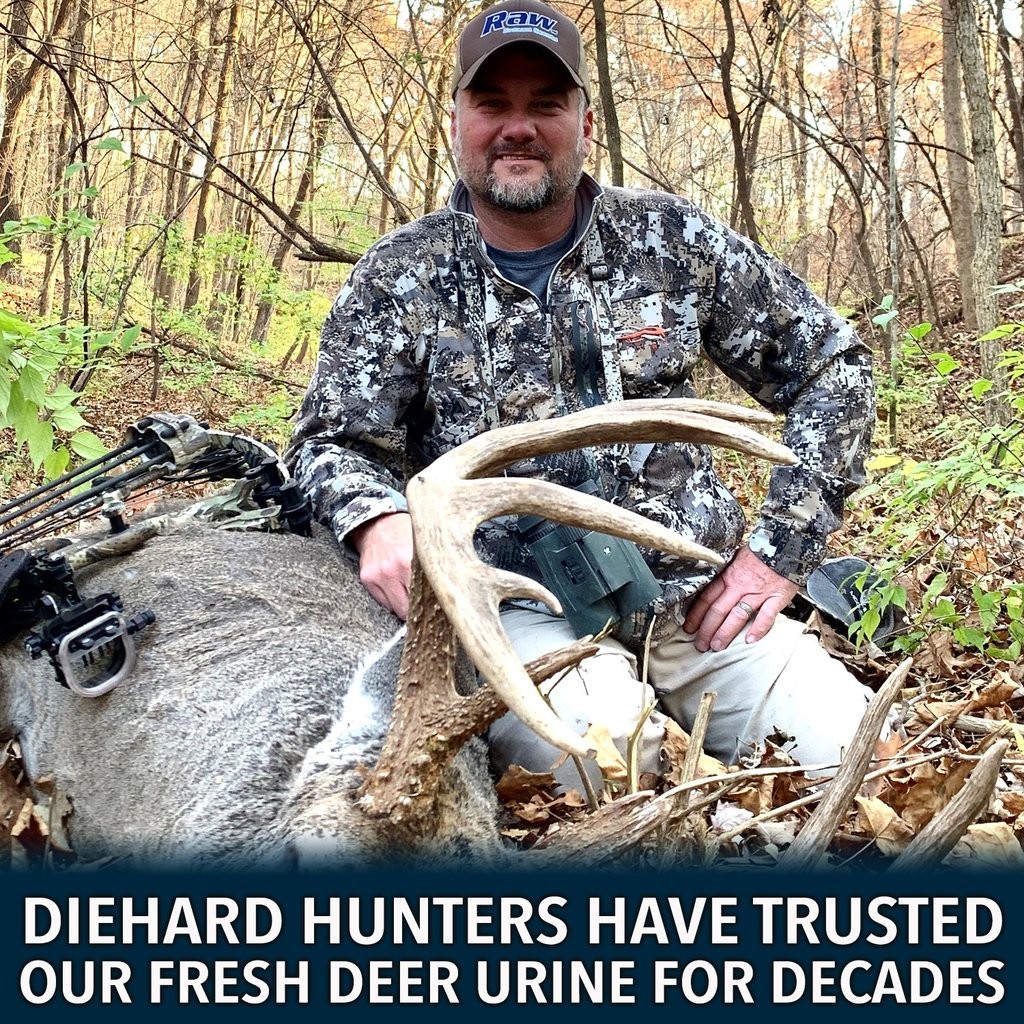 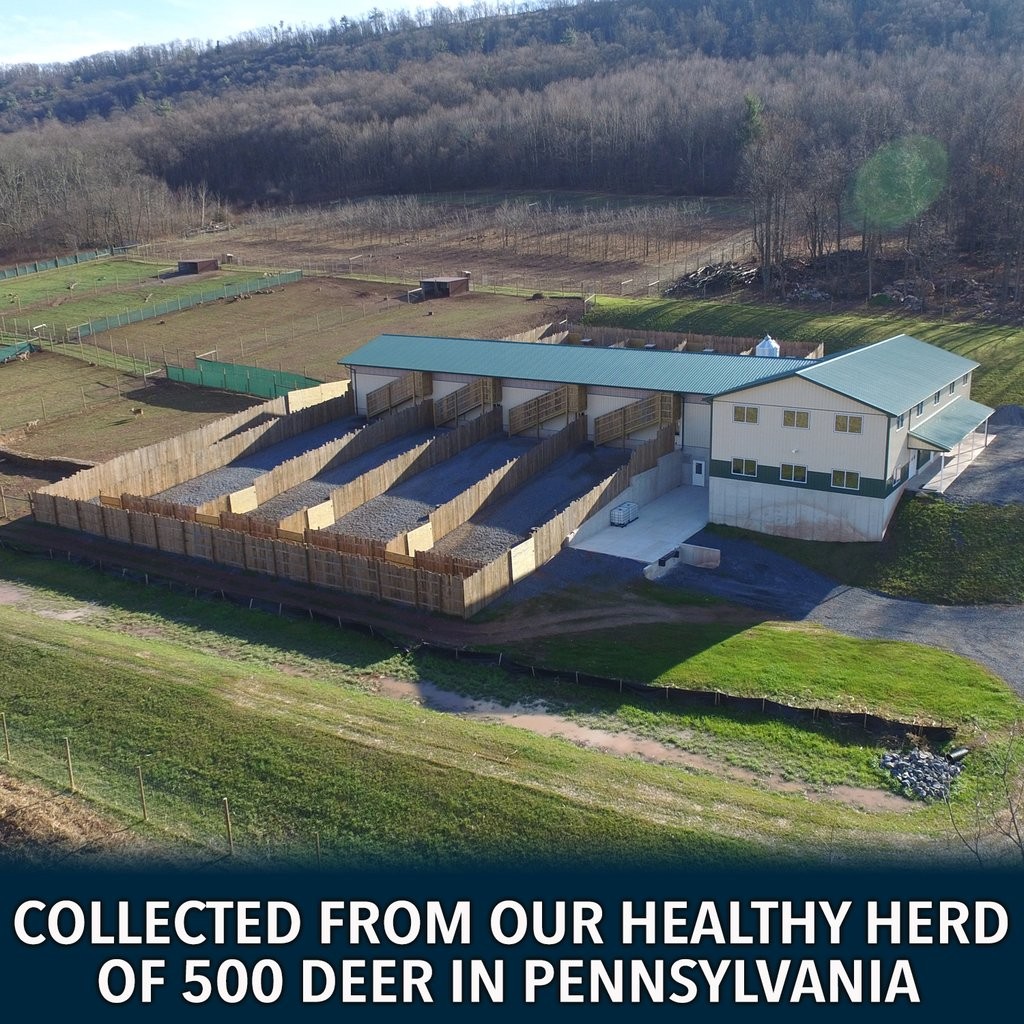 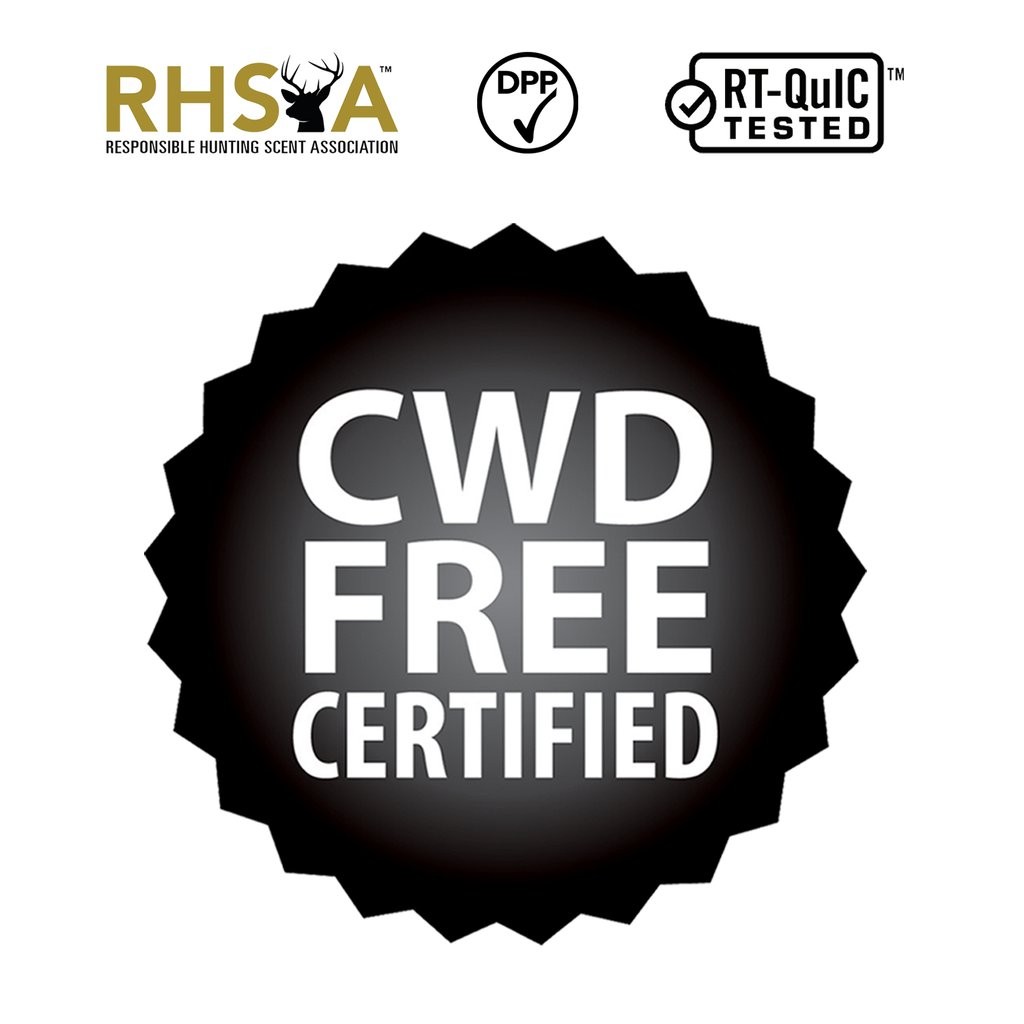 BUY 7 bottles of 30+ Peak Estrus and you will receive 4 FREE products!

FREE Products you will receive:

& Free Delivery in the USA

BUY 7 bottles of 30+ Peak Estrus and you will receive 4 FREE products!

FREE Products you will receive:

Drive the big bucks crazy with our 30+ Peak Estrus! Unlike the other brands, our Estrus scent urine is guaranteed to contain PEAK estrus levels replicating a doe in heat that mature bucks just can't resist. We have an independent lab test every batch of RAW Peak Estrus and certify an estrogen level of 30+!

Fire up your mock or real scrapes. Nothing gets bucks going like knowing there is new buck and doe in the area. Scrape Lure buck/doe scent does just this.

Body Blast by RAW Scents is the world’s first body scent. The body odor of does in heat is collected into an absorbent wick which, like all RAW Scent products, is frozen to preserve the integrity of the scent until you use it. Simply thaw the body odor-impregnated scent wick and then hang it from a branch in and area where air circulation can disseminate the telltale body odor to bucks in the area. 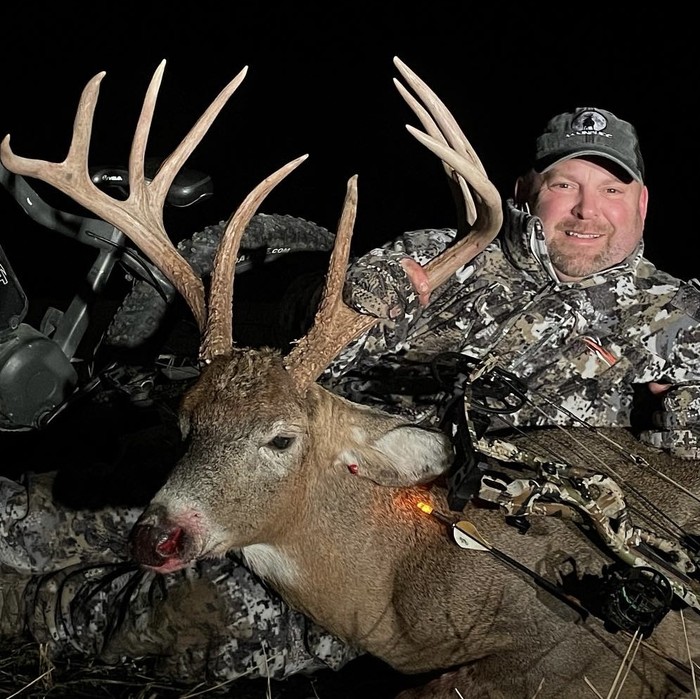 As my hunt started a light wind was in my face, but as it started getting later the wind picked up a little and started swirling.  I quickly grabbed my RAW 30+ and started spraying my tree and pumping it into the air. It wasn't long and my target buck showed up and he was looking.  I'm pretty sure that he caught the sent and came in looking for a hot doe. 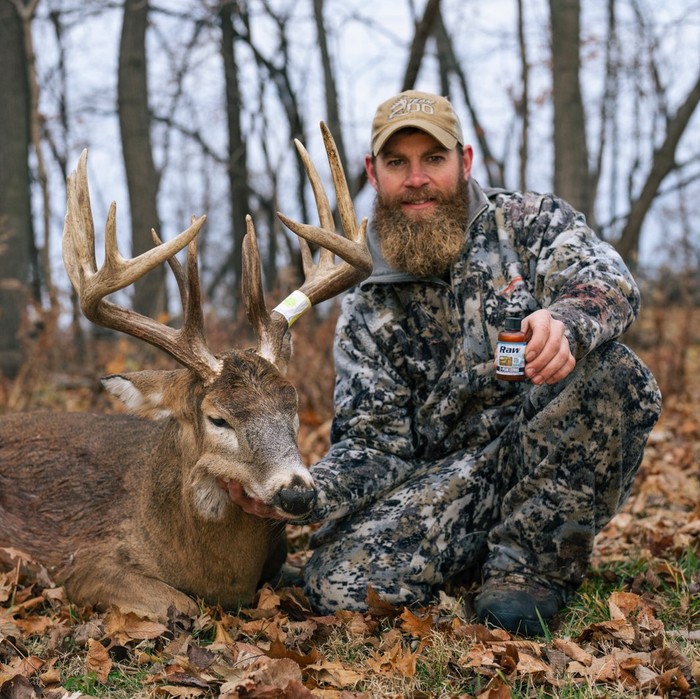 I drove into the west side of his core area and made a giant mock scrape and gave it the buffet treatment. Based it with scrape lure, kicked dirt around then half a bottle of multi buck urine, finally 2 ounces of 30+ peak estrus in one spot to finish it off. 11-30-21 he entered it from the SE and worked it. 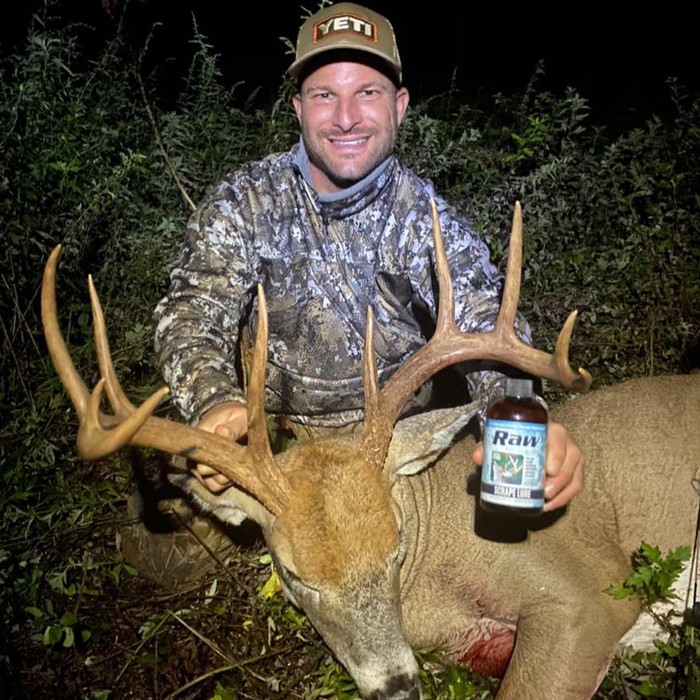 Thanks to raw frozen scents I was able to harvest this awesome buck on video during the October lull using the scrape lure. With this Buck in particular I ran a few mock scrapes along edge of a field and was able to pull this mature buck in during one of the more difficult times of the hunting season. I recommend these products and believe they’re by far the best scents on the market!!! 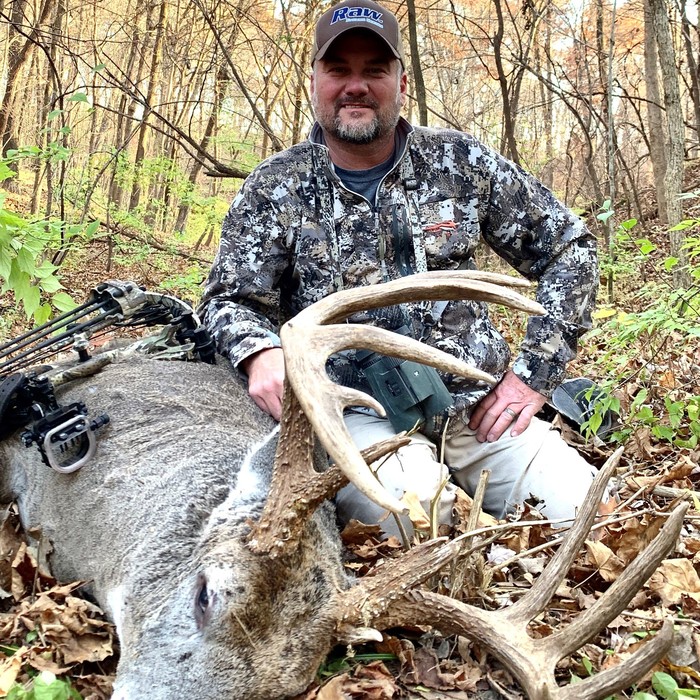 I can honestly say that after a full season of using RAW, these are the best deer scents I have ever used! Fooling one mature deer a year, like my Ohio buck, made for a successful season - but also harvesting my biggest Illinois buck to date after 15 years of hunting there made for one of my best falls ever! 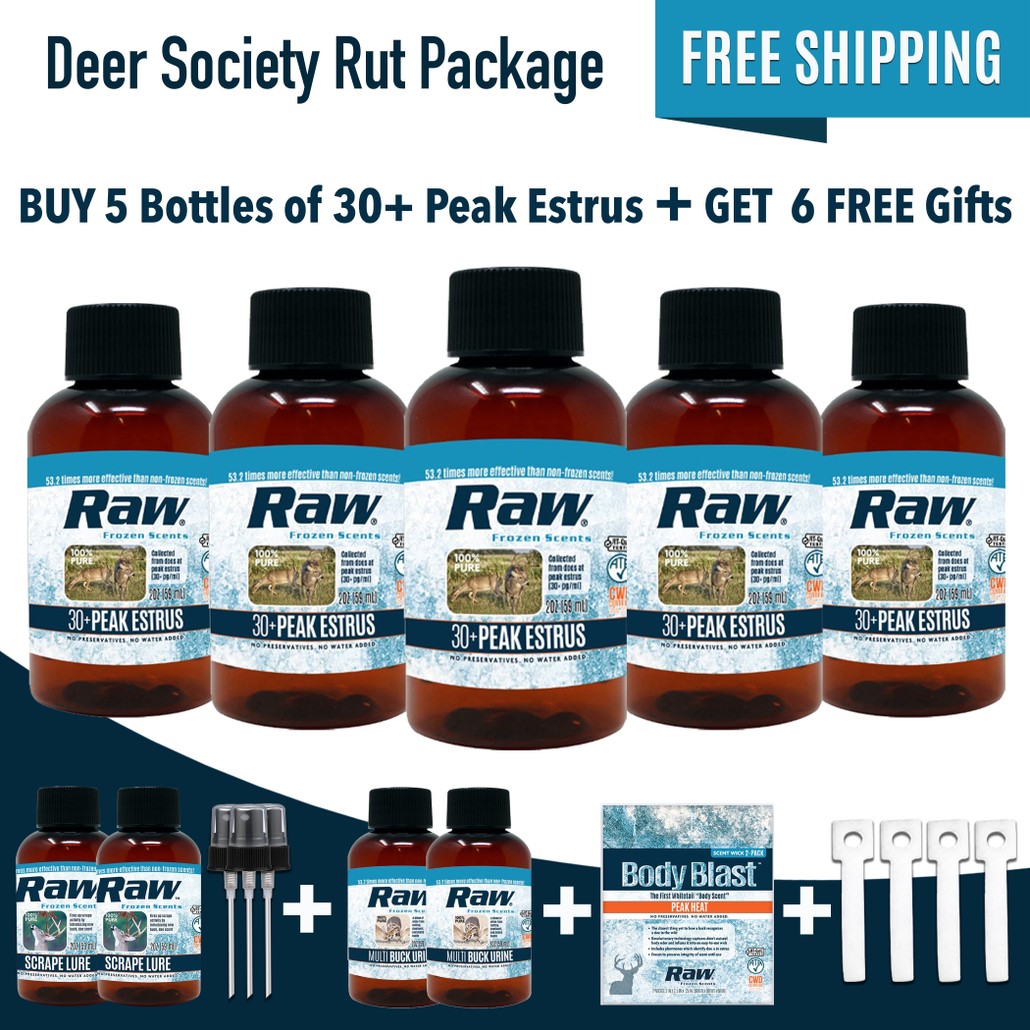 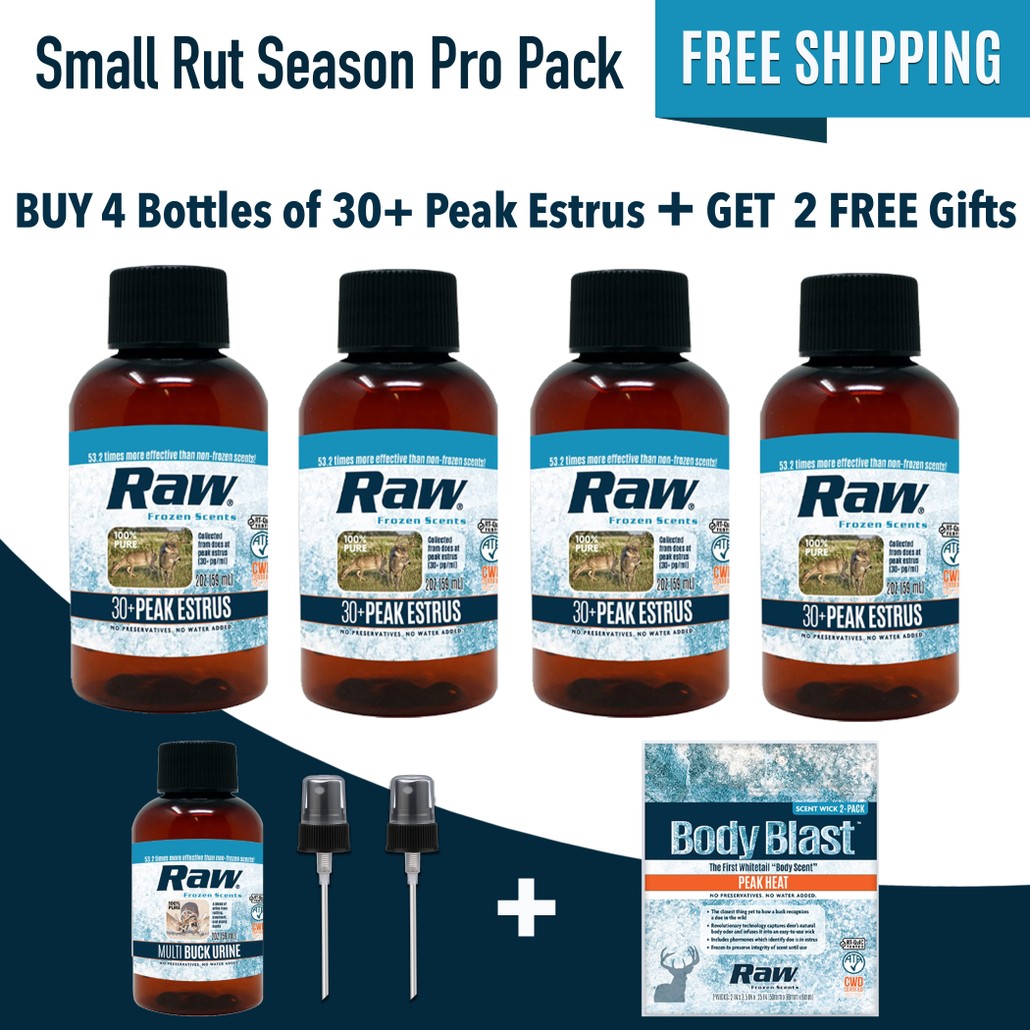 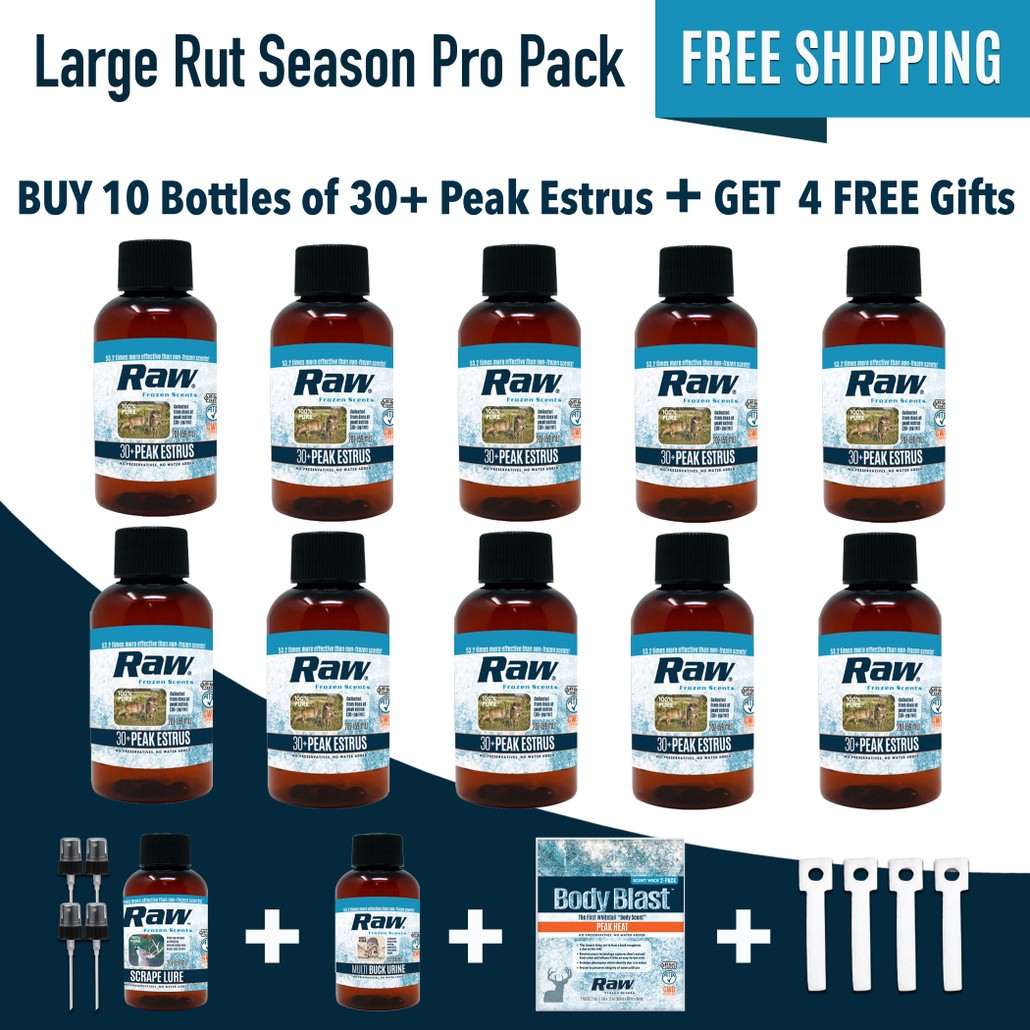 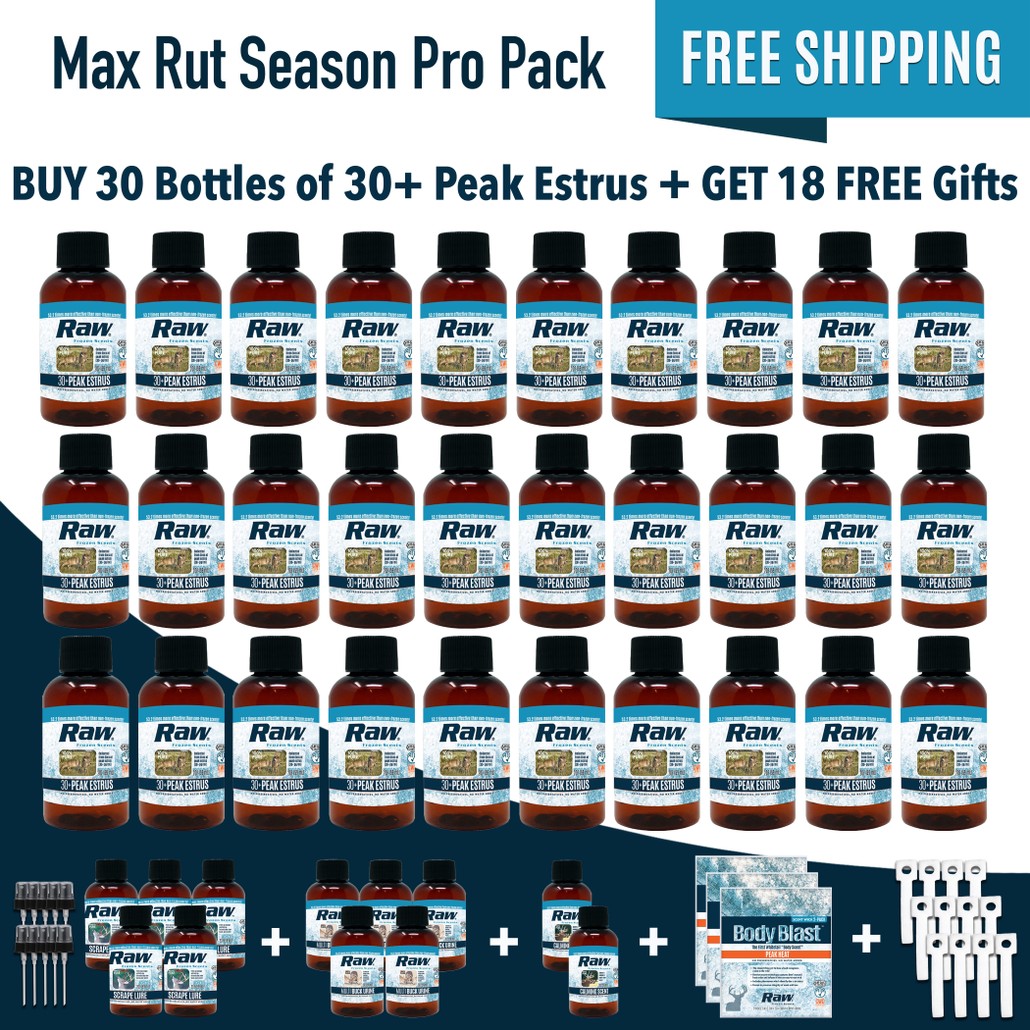